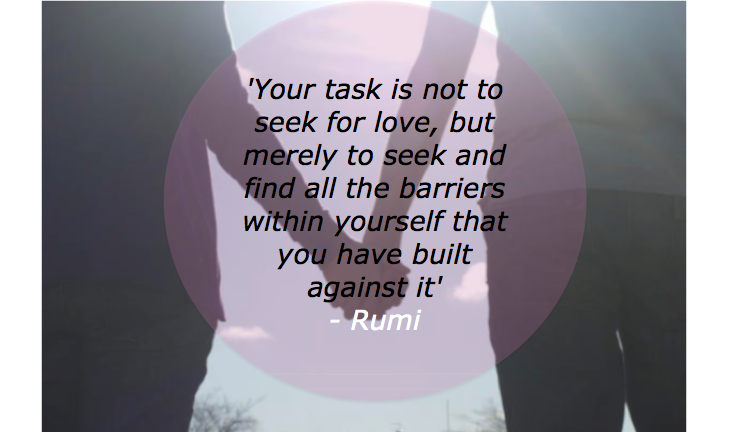 The world as we know it is, at the moment, is in flux. Everything is changing and instability feels like the only constant in the air of the moment. People everywhere are unhappy so extreme politics seems to be the dominating opinion. Where I sit, in London, within Great Britain, that fragile union is now set to be broken: both with the European Union and within the United Kingdom, that has been united since 1801. In the United States, where I spent much of my youth, the politics that dominates is no less unhappy and no less extreme. The possibility of what the future will hold is alarming from all angles. The only consensus is that many people have had enough and they are using the one main power that they have been given – the power of the vote – to make a change. Many say that the change is timely, even if the uncertainty that it brings to our world economy is frightening to begin with.

I have spent the weekend since the British referendum pondering and discussing what all of this means and what the  outcome of such a grave change could be. Yes I’m afraid for our future now, when before I didn’t spend much time giving politics a thought. In fact, there were weeks that went by before when I wouldn’t have read or watched the news at all. Now I follow most headlines and spend my mornings glued to the news channel. The issue for me is more what came up during the big debate around the vote and what the results will mean. Much of what came up was the grave intolerance that still lives within our country and – as one can see with the US elections coming and with much of what’s brewing within Europe and around the world – within much of the world.

There seems to be intolerance and fear dominating every side of every argument. We are scared of those who threaten our world, our stability, and our borders, even if they are just a minority within an ethnic group that doesn’t consider any more the repercussions of its actions on the ethnic group it comes from than in does on the future of the world. We are so steeped within fear and anger that we seek someone to blame and someone to punish, be it ethnic groups or immigrants or just any people that are different than we are.

I have been an immigrant or a foreigner in every country that I’ve ever lived in since I was born, so I know what it feels like to be constantly persecuted against and always feeling like you don’t belong wherever you are. It’s a feeling that doesn’t go away unfortunately, but one that you learn to wear strongly and with pride in order to get yourself through the more difficult moments of feeling disliked or misunderstood. London was the first place that I’ve truly felt at home in. Becoming British officially was one of the longest awaited moments that I can remember. I felt relieved and I felt happy; but it was momentary. Then the crisis began and the debates started. When I heard people speaking of wanting the immigrants out, I wondered if they meant me too. Did they mean my children, who by all accounts were as British as they were – having been raised here since a very young age and having proper British accents even I have to smile at? I felt ill at ease for the first time; and I felt afraid of what the future may bring. After all, what does it mean that so many people don’t want foreigners in a country so filled with foreigners? In fact, that was what made me feel so at home in London to begin with. New York claims to be a melting pot of all cultures; and it is for America. But London is the true melting pot and the “centre of Europe” as it’s been called; at least it was. What London will be and what it will become is so uncertain now that I’m not sure which silver lining to cling onto, as I want one.

And maybe it sounds hippy or it sounds strange, or even almost unlikely, in this current crazy world, but if we can just approach each other, our decisions, and our actions towards the world and towards others, from a place of love and from that necessary bigger picture, maybe then everything will in the end truly work itself out. I certainly hope so. Love is the answer to humanity. Love is my answer to this world. I work to make the small difference that I can make coming from a place of love and helping others to find the love within themselves even in the most unlikely moments. We never know just how much time we have to live in the current life we live. Certainly all of the unstable political times of the past 100 years should have demonstrated that at least. Whatever time we have, let’s live it in compassion of others, in appreciation of our world, and in acceptance of each other (no matter how flawed we might be). Yes we are imperfect, but that is where our true beauty and our true individuality lies. To begin with, we must love and accept ourselves and then each other. I begin with love; I hope that you can too.