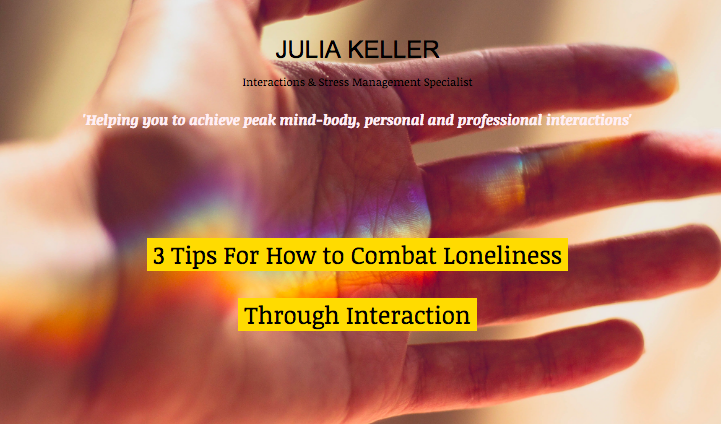 Do you find yourself feeling lonely, whether because you’re on your own or in a relationship that leaves you feeling just as alone as if you were on your own.

Loneliness is a feeling that unfortunately does not necessarily mean singleness… One might be in a relationship but still feel lonely. In my line of work, I meet many people lost in a state of loneliness. In fact, loneliness is such an issue these days that a Minister for Loneliness was appointed some time back to deal with the Loneliness Epidemic. Loneliness kills more people than any other disease and is considered a real threat to healthy living. A talk I did on How to Conquer Loneliness was the most attended of any I’d done since beginning to help people to find and keep love.

Here is a video I did some time ago on the topic of loneliness.

Loneliness can express itself as a feeling of being misunderstood, of having a hard time finding like minded friends, of a feeling of being dismissed or unimportant in the lives of others, of not having anyone to turn to with issues, etc. The issue is that the way you look at the world, that’s how the world looks back at you. So if you feel that no one out there could understand you, that’s what you’re likely to come across. Hence changing your outlook could in the end completely change your reality. Being friends with someone does not only mean being friendly; it means making an effort to express your own feelings because you care enough to share with them and listening to the feelings they share in return.

Watch my video here, get a few practical tips on how to combat loneliness, and if you have any questions schedule a call at the link below.