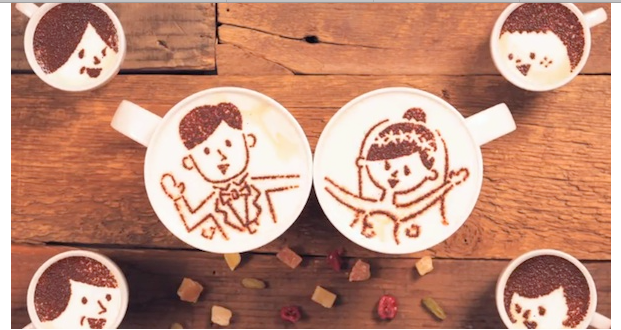 As a Love Coach, of course I have a special interest in reading books that have to do with Love. Some of the books have significantly influenced my love coaching and clients hear me quoting them on a regular basis. One such book and one of my favourites is The 5 Love Languages by Gary Chapman.

Everyone who knows me well has heard me quote this book at least several hundreds of times. All of my clients, close friends, close family, and anyone who’s dated me since I read it (including my current boyfriend) have been forced (yes “forced” is an accurate word) to fill out the 30 question multiple choice quiz that then leads to the explanation of their love languages. In fact, I have given this quiz to so many people that I now have it on my phone to easily pass on to the next willing victim (um I may want to substitute that word for a softer one perhaps even if it is rather accurate.) 😉

If you haven’t read this book yet (which means you haven’t been around me enough to be sufficiently brainwashed, or you have by now developed some amazing immunity because of being around me for very, very long) ;-} then you might be wondering right now what these “5 love languages” actually are and why I’m devoting an entire Tuesday blog to writing about this book?

Chapman explains that the 5 Love Languages are the 5 different ways in which most of us primarily want to feel loved. In other words, to “feel” loved, we need to “receive” love in our primary love languages. He has divided that way into the 5 that he believes are the most prominent for the majority of people. Each person, he claims, then wants to receive love and give love in 1-2 primary languages of the 5 mentioned. Therein lies the dilemma. If you and your partner like to receive love in different ways, you may be giving love in a way that your partner doesn’t recognise hence still leaving your partner feeling unloved. To explain better, let me first list the 5 love languages

When I began as a Transformational Love Coach, I initially tended to work primarily with women who were single or recently out of a relationship to help them get their confidence back, to love themselves better in order to have a better relationship going forward, and to help them understand how to meet that seemingly elusive quality man that’s ideal for them and how to move onto a long-term committed relationship with him. Through that work, as well as my work around femininity, I began also attracting the interest of women in relationships that they felt were either no longer working, or were “going nowhere”, or that had “lost that spark” after years together. My first step was of course to help each client determine whether their relationship still had longevity and if it was something that matched her life vision and hence something that she wanted to continue to work on and improve. My next step was to understand where the mismatch between the couple could be. For this, I used the 5 Love Languages. More often than not, this was a good start.

Let me illustrate with a former client of mine. Through the language that my client used often to describe what she was most unhappy about in the relationship, I began to suspect that her main love languages were “physical touch” and “words of affirmation”. From what she described of her partner’s language and his complaints about her, I supposed that his main language was “quality time”. After explaining the languages to her, I suggested that she take the quiz and ask her partner to take it too. She was so impressed with the idea, and the discovery of her own languages, that she then decided to read the book in order to learn more. She then excitedly suggested to her partner that he too read the book. However, as she did this in her normal manner (without thinking of how to best “sell” the idea to him), he resisted. I then had her imagine herself as her partner and brainstorm why he would possibly not want to take the quiz from her suggestion and also what would potentially be a better approach of suggesting the quiz and the book to him. This time, as she came to him from his perspective, he embraced the idea and even read the book.

This prompted a wonderful, open discussion which I had prepped her for by thinking from her partner’s point of view. Hence the discussion served to clarify issues and to have a mutual understanding that they wish to improve things and to work together towards that goal. It was very positive and brought them closer together than they’d been in years. They also came upon a realisation that each was loving the other in their own way and perhaps not in the way that the other needed. Once each saw how the other needed to be loved – he wanted her to spend more quality time with him and she needed to hear that he loved her and found her attractive and also to have him be more tactile towards her – they were able to create a much deeper, more loving relationship than they’d felt they were in for ages. Thus, in this example, I used the love languages as one part of the coaching to help a couple who felt that they were “growing apart” come back together.

I also use the languages to help single women to understand what they need to feel truly loved so that they can articulate it early to potential future partners and hence understand if a partner is right for them or not. Does he listen and understand what she needs and find a way to demonstrate that to her, or does he dismiss it outright as “ridiculous”. One single client, for instance, was going out with a man who she thought resembled everything she wanted from a superficial point of view on paper. However, she kept feeling as if her date was dismissive of her feelings and her desires and that he only had superficial feelings for her. This happened over a series of dates and bothered her as she was considering being intimate with this man but still didn’t feel that much warmth from him. Once she took the quiz and realised what her languages were, she shared this with him gently and sweetly on their next date. He reacted dismissively and she became aware of a pattern of him dismissing her desires and what was important to her in favour of his own. She then ended the relationship with him. Shortly after she met a very different kind of man who was warm and caring about her needs and her desires and who reacted very favourably when she shared the concept of the love languages with him and even offered to read the book. They are still very happily together in a committed and loving relationship.

The 5 Love Languages is therefore a fantastic addition to my coaching and something I use frequently with both my single and partnered up Love Coaching clients and I suggest it to my current and future clients and friends. If you’d like to read a sample of this book, you can find it at this link: https://read.amazon.co.uk/kp/embed?asin=B00OICLVBI&asin=B00OICLVBI&preview=newtab&linkCode=kpe&ref_=cm_sw_r_kb_dp_QuKCxb57Z9NXN&tag=jgkwri09-21

If you want to learn how you too can improve your relationship or your love life, email us to schedule a free call, free session, or free workshop trial session.

1 thought on “What Language of Love Do You Speak?”