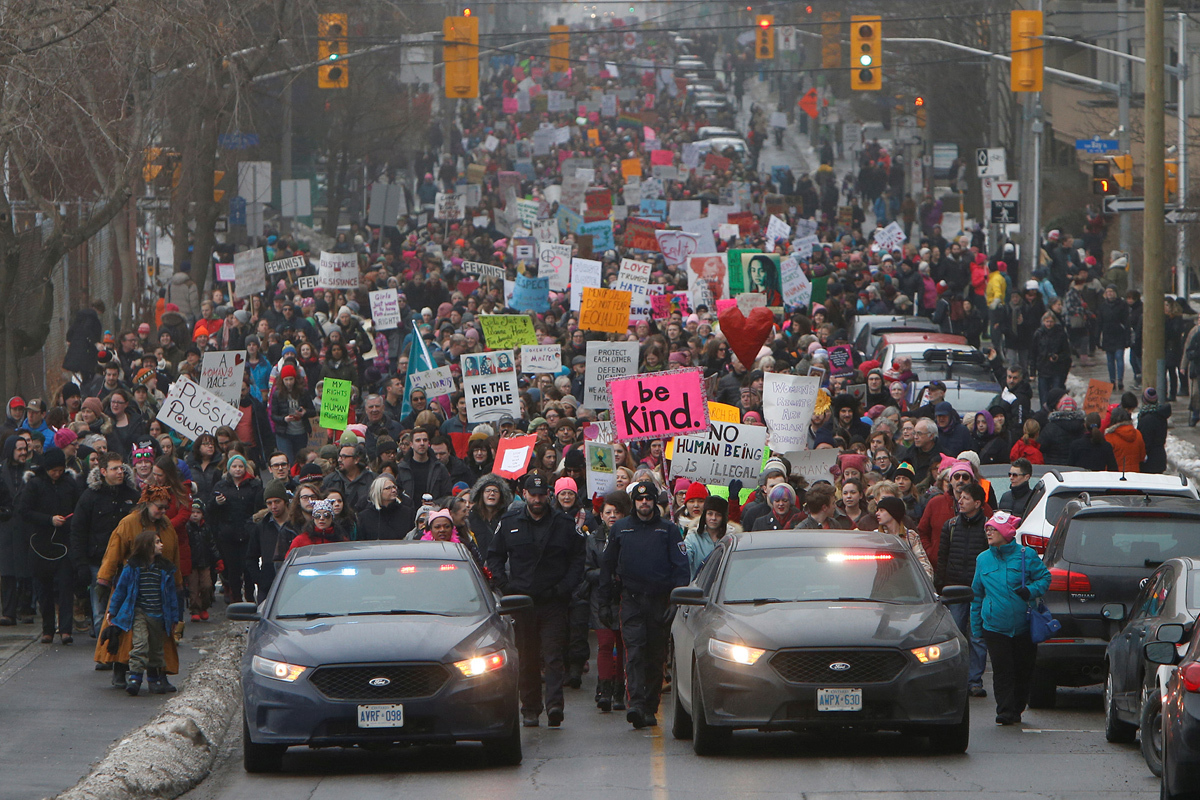 This weekend, after more publicity (both positive and negative) than has ever surrounded a Presidential candidate and future leader than ever before, the momentous day of a very different kind of US President being sworn in to office finally arrived. It was greeted with the greatest divide in opinions that I’ve ever witnessed in my lifetime (and I would venture that ever took place in the history of the American presidency). Supporters believe that this very different kind of President is the only one who could bring the security that the United States needs at this point. Opponents believe that the only thing that Trump will bring is the massive destruction of the American way, and potentially of our country in total. It’s a difficult line to walk and I’m still pondering what it is about both Trump and Clinton that led to so many very strong and divided opinions.

But while I ponder, many are crying out in a desperate effort to make sure their fears and reasons for hesitation are being heard. One big, significant group that is very vocal in their negative opinion of Trump’s way of saying whatever comes to his mind without necessarily editing it first (something that actually helps others on a different side of the divide warm up to him and like him more) is a sub-group of Feminist women. This past weekend, as Trump was being sworn in as the 45th President of the United States, these women took to the streets of many parts of the world to protest. As a Transformational Love Coach working first just with women and now with men as well, I was compelled to share my thoughts.

To be fully honest my initial opinion was more of a ‘lack of opinion’– or rather I was not sure what to feel or think as I had no immediate emotional reaction to it. Was I, as a woman supposed to look at this as a political march? Or was I to look at this post-factum march in the bigger picture of an American citizen? I suppose that as a woman living in this time, and as an American citizen, even if I now reside in England, I cannot help but consider it on both fronts. The fact that this march, even if it came after it could effect change in who sits as our current President, has had such significant sway on the feelings of modern-day women – inspiring so many worldwide to join on their own streets (I saw it in London) – speaks of its’ impact and demonstrates its’ place in history. Is it an outcry of outrage or a step further in the direction of the movement started by so ever inspiring suffragettes? Or is it an example of the women of the world uniting together because of the issues shared across the world and this specific case shared by women?

The more I thought about the march, the less clear it seemed to me what the impact that this march hoped for was. While some of the posters were directly political, many, especially the ones from countries other than the US, seemed to demonstrate simply for equality. We all understand why America marched; but why did the rest of the world march with them? More importantly, what is it about this current Presidency that has the effect of making so many women worry that their equality is being threatened?

While trying to decipher this question, I began scrolling through images of hundreds of women marching together for a cause not entirely known. In fact the lack of clear aim warmed my heart towards the movement more because I saw it as a behavioural change where women stood next to each other helping each other, which is unfortunately much too rare in our current world of climbing corporate ladders and persistent competition. It is inspiring to witness a moment of women working together towards one combined goal again.

What we can see from this march of women goes beyond its’ effect on a political quest to the awakening of a new consciousness around the world in which women see each other as companions in a quest for something better – especially considering the peaceful nature it had. It is precisely this change in consciousness that is most important to me as someone who spends much of my time working to empower women to achieve their goals, whether love or beyond. This change of consciousness among women brings us to the deeper motive of self-growth which I as a coach spend my time helping clients achieve. Effective or not, the fact is that society as a whole is asking for a change in the direction of peace, equality, and honesty and those demands, even if coated as a political wish, stem from a deeper desire for self-development.

Now is the opportunity to stop blaming others for our unhappiness (that includes politicians); to stop comparing ourselves, our personal success, and our happiness with that of anyone else (that also includes politicians); and to focus on our own self-growth. If healthy self-growth begins, there will be no space for violence, aggression, or judgment. Those emotions are results of unhappiness – and unhappiness is the main cause for great conflicts, including war and political turmoil. The true art of self-growth is embedded within love.

Want help in empowering your personal femininity and accessing that hidden, amazing ability that we women all have within? Need help with changing your life to allow Authentic Love to flow into it? Book a free 30 minute Love Tune Up call with me and find out how I can help you work to improve self-love in order to find that amazing love that you seek.