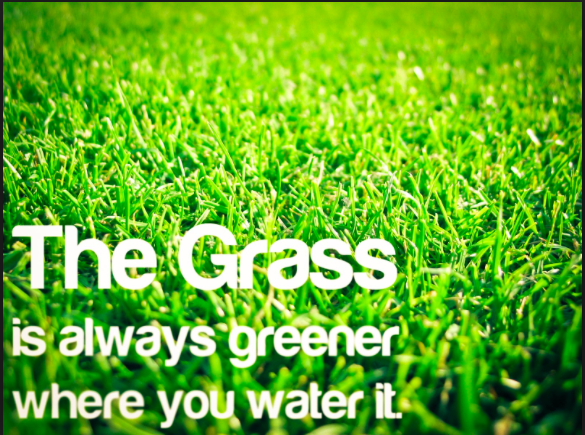 So this week we come back again to what men really want. This time we are confronted with the “grass is always greener” topic that many of my clients worry about and that has been further enabled by today’s Tinder generation. “How do I know that I’ll be good enough for him,” they ask. “How do I know that he isn’t online or on an app still chatting with and meeting other women while we’re together? This is a question that many of my clients ask about frustrated by the lack of commitment that they seem to find with men  they meet these days.

Yes I admit that it is certainly more difficult to find commitment these days. However, as the men interviewed have shown us, and as I teach my clients, getting commitment begins with exerting your standards. In fact, how exactly to do this for maximum success in love is something that I’ve been teaching my clients since I began love coaching. If you want to know more about how to succeed in love even during the Tinder generation, join my upcoming online workshop.

Here is what the two men this week have said they are looking for in a woman.

1) A woman who is slightly mysterious, while also friendly and feminine, is one that draws men’s interest to her. These days I see many women who come across as too “easy”, either in how they dress or in how they carry themselves. However, most quality men are not attracted to ‘over the top’ or lad like women (known as ladettes here) — except maybe for a “quick fix”. A somewhat mysterious woman commands their intrigue immediately. “I am wondering, ‘what is she thinking'” one of our men this week says. That slight challenge is much more interesting for men. Commanding that s kind of intrigue is something I teach in my upcoming workshop as well.

2) Men prefer women who look like they look after themselves. The fact that men are visual creatures has been repeatedly mentioned every week. This week we get additional clarity into this idea. Men are looking for a woman who looks like she loves herself enough and this includes taking the time to take care of herself. This is a natural reaction and makes perfect sense: when we love our children it becomes second nature to take care of them; the same is true with our other half. Taking care of something or someone is innately embedded in the idea of love. Hence, equally men and women who love themselves will take care of themselves. A woman who loves herself enough to look after herself therefore comes across as more emotionally stable than one who doesn’t. Men then see her as less needy and more secure and hence more pleasant and more fun to be with. Yes it’s a jump, but it’s one that men make so best is to put your best foot forward and to give yourself the biggest possibility and advantage. This in no way means to sacrifice your identity over a set standards of looks – remember that different men find different looks beautiful. However the one standard is for a woman to look as if she looks after herself.

3) To get that amazing man to approach you, you need to make yourself more approachable. The reason why so many women are disappointed with the men they meet in many social situations is because they are waiting to be approached by any man instead of creating an atmosphere that encourages the man they actually want to approach them. Some men just play with the law of numbers, approaching as many women as they can so that when he has approached you, he has also approached another 10 women in the room (if not more). “It’s an age when it is much harder for a man to swoop in, grab a woman, put her over his shoulder and leave,” one man says. Women are always surrounded by other women. So a tip: if you want a certain man to approach you who you think may be interested, just isolate yourself  for a bit; maybe go to get a drink on your own or walk slowly to the ladies’ room and give him “the look” as you pass by him. Need more flirting tips of how to get him to approach. Join my upcoming workshop on uncovering the irresistible woman within and become the woman that he wants to cross the room to speak to.