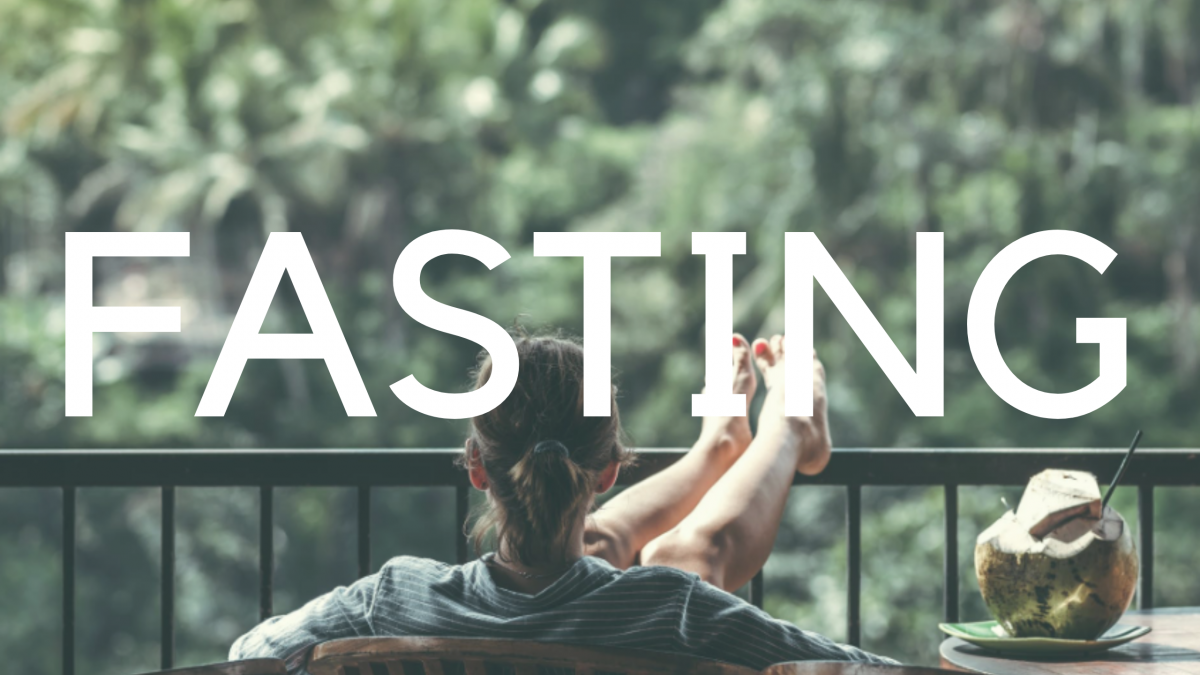 It does seem that the idea of intermittent fasting is everywhere these days, popularised by Michael Mosley and other proponents of intermittent fasting, calorie restriction and the 5:2 diet, fasting is becoming mainstreamed. But not everyone is convinced yet. If the idea of being happy to be hungry is still frightening for you, then perhaps you need more convincing on the benefits of fasting.

First of all, before I even list the top 10 benefits, let’s just remember that though it’s only recently that fasting has become the new “in” diet, the practice of fasting has actually been around longer than most of us, our parents, and even our grandparents. In fact, many religions include fasting as a norm in their culture. The Jews have Yom Kippur, along with other fasting days that are less well known and more practiced by the Orthodox. Muslims have the month of Ramadan when fasting takes place from dawn to dusk and Christians have a modified fast (well more of a sacrifice of some foods) with Lent. However, even predating religion, it is believed that our cavemen forefathers fasted regularly, mainly because food was less available. It’s only in modern times of food being plentiful that hunger feels like something scary.

However, hunger may actually be beneficial to one’s health. In fact, studies point to fasting and calorie restriction as methods to improve health, lose weight, reduce markers of metabolic syndrome, improve brain function, eliminate inflammation, improve our microbiome and even possibly prevent cancer. While most research up to now has been done on animals, the work is incredibly promising and even shows signs that fasting may slow down ageing and improve longevity. Now these may sound like mighty claims, but those who participate in fasting regularly swear by its’ healing and energising potential (not to mention the benefits for weight management). While there are many ways to practice fasting, the majority of research about its’ benefits exists around intermittent fasting (such as the 5:2 diet or 12-16 hour fasts or even short eating windows) along with calorie restrictive diets and water-only fasting diets that are occasional or temporary. Part of the idea is also to trick the body into burning ketones (or fats stored) without convincing it that you’ll be starving forever so much so that it slows the metabolism.

For those who want the benefits, here are my top 10:

2. Encourages weight loss and could potentially boost metabolism. Reducing calorie intake should equate to weight reduction on its’ own. However, added to that, if no glucose or protein is coming in, the body will naturally burn ketones (fats) for fuel, encouraging ketosis. This means that your stored fat is then burned, reducing fat, and weight with it. Some studies found that metabolism also increased due to increases in norepinephrine, which further enhances weight loss.

3. Improves brain function and could prevent dementias. Though most research is on animals, it demonstrates that fasting protects the brain and can even improve brain health and reduce the chances of dementias. This is very positive considering the increase of Alzheimer’s, Parkinson’s and other dementias that we’ve been seeing year on year.

4. Reduces inflammation, improving health. Studies have linked fasting with reduction in inflammatory markers and episodes of inflammation in some chronic inflammatory conditions. These include Multiple Sclerosis, among others.

7. May prevent cancer development. Many cancer cells live on sugars, carbs and other calorie dense processed foods. By reducing caloric intake, fasting helps to promote apoptosis and reduce tumour growth. It helps alongside chemotherapy to improve outcomes, but research on animals have also shown it to be as effective as chemo for killing cancer cells.

8. Promotes longevity and delays ageing. While most of this research is again mainly done on animals, it is hugely promising for those who wish to slow down the ageing process. Some animal studies demonstrated ageing on animals that fasted every other day so reduced that they lived over 80% longer (and healthier) than non-fasting animals.

9. Improves energy (if done correctly). Helps our body to run more efficiently during certain times and makes our brain more alert. Some animal studies demonstrated that rats subjected to fasting performed better on mazes and other skill tests than rats fed a normal calorie diet. This was especially true for female rats. This may have something to do with what our bodies prioritise when food is scarce, giving energy to our brain and muscles first.

10. Improves gut microbiome by improving bio diversity. We are made up of various bacteria. Depending on which research and books you read, some claim that only 10% of us is human cells, while the remainder is bacteria. Many of these bacteria are good for us, while some are hurtful. The hurtful bacteria live on sugars, processed foods, simple carbs… The positive bacteria, however, can live without food or on healthier foods, such as fibre. Hence, starving our bodies temporarily helps to eliminate these foods and improves the balance of our gut bacteria to more of the healthy bacteria that improves overall immunity and mental health, starving the bad bacteria that lead to reduced immunity and low mood.

***But be warned that all fasting isn’t for everyone and should be supervised by a trained practitioner.

Convinced and want help on getting started on this easy health-giving practice, book a free 20 minute call with me here