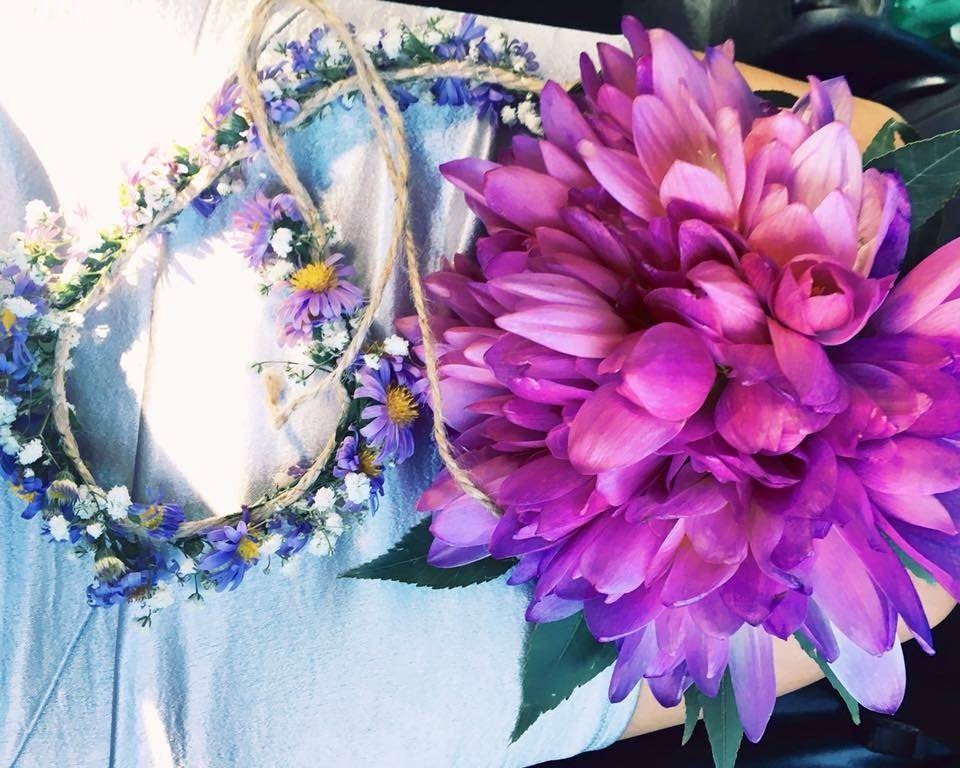 This past weekend, my PA, Marija was married. I was so excited for her to share her story with all of you that I asked her to write it because I personally found it super inspiring. I hope that you will too. Here it is below:

On 1st of October 2016 I got married. Very young, very liberal, completely not conservative, never religious and never a fan of marriage or anything institutionalized for that matter.  And here I am, married to a most wonderful person, in the most traditional manner possible in my culture – a church ceremony.  Let me rewind a bit and tell you about the journey in which I found myself – myself that turned out to be nothing like the image I had previously clung to.

At the beginning of my Masters I moved to London, and it happened that one of my best friends who moved there too offered me to share a flat with him. It also happened that he was my other best friend’s ‘love of her life’, and also a really good childhood friend to a guy I had just broken up with. Of course the immediate conclusion from our friends was that we were bound to ‘hook-up’ at least once, I mean come on: two single friends who at that time liked to indulge in a somewhat ‘freer’ lifestyle, at some point would have either drank too much, or felt sad and lonely and there would have been an act of ‘sin’. Basically, potentially it could have become a very messy situation with several broken hearts and betrayals. However, knowing myself to be the least of drama queens, an extremely loyal friend and, above all, having no romantic interest at that point in this friend, I accepted the offer. Besides, I needed a place to live and that place was ideal.

To everyone’s surprise, it turned out that having a single male flat mate, who knew all your friends and your ex-boyfriend for whom I still had a great deal of feelings and a regular communication, and who was in a very similar life situation as I, meant that he actually was a great friend.  We were literary bread and butter. We shared every single feeling with each other, just as I would have shared with my best girlfriend and so did he. Similar to my relationship, he equally was semi-involved to that mentioned ‘love of his life’. In fact this was one of the smoothest and most comfortable relationships that I ever had. We were both  very busy with our studies, therefore not spending too much time with each other – however enough time to gradually realize that we had become the closest people to one another, and the beauty of it all was that it was completely pure and authentic. We both had engraved in our minds the similar idea that our romantic relationship was equal to an emotional catastrophe, not only for us but especially for our friends.  Therefore, not even a seed of romantic potentiality was planted in our consciousness (or so we believed back then). What we had was honesty, complete openness and total authenticity. There was not a single topic we were reluctant to talk about – having no fear of the other’s judgment helped us to be so much freer with one another. We laughed a lot about how smooth this platonic love of ours was – questioning what had gone wrong in our love lives. At some point I had given up hope for ever finding that ‘one’ love as from our experiences it was always tiring, painful and a misbalance of love was given. Basically I had developed a theory that love between two people was a constant game of giving and taking, with one party always being the giver while the other the receiver — which meant that it was not love at all but a kind of a social contract. I hated this idea, and hence I hated the idea of marriage (even despite the fact that I’d starting being a PA for Julia, a Love Coach who was a strong supporter of marriage and who spent much time helping her clients to find that ideal love to marry). All of the girlfriends around me were in the situation that I hated to watch: where the obvious pattern was that the givers were always women, while the cheaters were, predictably, their men.  The situation I found myself to be in previously, and seeing my other girlfriends sharing similar stories, made me give up on love completely.

Here I was in this platonic love, however, which was one of the best relationships I ever had, in which I wasn’t questioning what was his attitude towards me, nor was I needy or clingy.  I did not have the desire to posses him or to be possessed by him, and that feeling was the most liberating feeling I have ever had.  I welcomed this calmness into my life, where there was no seed of drama. That freedom which I found towards myself by simply  being honest was the biggest happiness I had ever experienced. I mean of course there were little life dramas, but in comparison to that inner freedom they were nothing. I was completely happy being alone without ever feeling lonely.

I am sure by now that all of you realized how the story ended. After all, life does work in clichés, but the lesson that I learned is that as long as you are honest to yourself, clichés do not exist and only your own uniqueness can see that because every single moment lived honestly is a fresh, new moment full of life and love.

My flatmate is my husband now, and the only reason we still have not had a single fight is that we are completely open and vulnerable with each other.

Our life vow is to always be fully honest – no matter how hard and revealing that truth may be. We have accepted one another with all of the humanness that we posses – that meaning we told each other openly when we felt sad, hurt, defensive or even hostile towards our friends or family members. Life itself is so interesting; the beauty and mystery it contains and reveals is endless if you only allow yourself to witness it. The hardships it throws at you are at times unbearable; it does not need any more created drama. It will never get boring, as having true authentic love in one’s life will always make it interesting.

Our love started from within. It began with the freedom in which we communicated opening that little door inside of us to see what we really are and what we really want; and love entered only then when we accepted ourselves. On a personal level, we are always growing, falling, stopping and starting again. But love is not a personal level – love is being open and sharing.

Here’s to all of you in your quest to find that authentic ideal love,

Want help to attract your own ideal love story. Whether you’re looking for that loving, authentic committed relationship or you’re in a relationship that you believe could be more ideal if only… Let me help you as I’ve helped many others just like you!

Schedule your free 30 minute Discovery Call with me by clicking the link below: